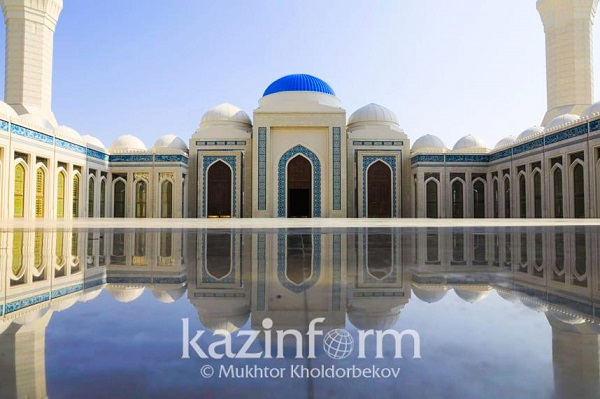 NUR-SULTAN. KAZINFORM - A new mosque which has been inaugurated in the Kazakh capital, Nur-Sultan, is among the world’s ten largest mosques, Kazinform correspondent reports.

The erection of the building began at the initiative of First President of Kazakhstan Nursultan Nazarbayev and took three years.

The height of the main dome reaches almost 90 meters and its diameter is 62 meters. Its four minarets stand tall at the height of 130 meters.

The first and the second floors of the mosque house educational classes, a conference hall, a TV studio, and other amenities.

Earlier it was reported that the First President of Kazakhstan, Nursultan Nazarbayev, had taken part in the inauguration ceremony of the new mosque in the Kazakh capital.